"There is an increasing awareness of the need in New Zealand to clean up our waterways."

Water that is supplied for drinking purposes by businesses (for example motels, food outlets and water tankers) and Schools or Marae should be compliant with the Ministry of Health 'Drinking Water Standards for New Zealand 2005 (Revised 2008)'.

Testing must be carried out by a laboratory that is listed on the Register of Recognised Laboratories by the Ministry of Health. Private homes can have their tank or bore supplies tested to give ‘peace-of-mind’ about their drinking water supply.

Refer to the Ministry of Health website for more information on household water supplies.

The Ministry of Health ‘Drinking Water Standards for New Zealand 2005 (Revised 2008) stipulates that all potable water should have NO E. coli which is shown in test results as <1 MPN/100mL. E. coli can be found in water that has been polluted with faecal matter, indicating the likelihood of pathogenic bacteria.

Faecal coliforms (MPN) are a sub group within Total Coliforms and are present in the gut and faeces of warm-blooded animals. If present in food they can cause severe stomach cramps and diarrhoea.

This test is performed by APHA Compendium of Methods for the Microbiological Examination of Foods 5th Edition 9.81 & 9.91.

The results are available in 72 hours using a 3-replicate, 3 dilution multiple tube procedure.  This is reported as MPN/g (Most Probable Number).

Fluoride may occur naturally in water or it may be added in controlled amounts.  Some fluorosis may occur when the fluoride level exceeds the recommended limit.  Accurate determination of fluoride has increased in importance with the growth of the practice of fluoridation of municipal water supplies, so maintenance of an optimal concentration is essential in maintaining effectiveness and safety of the fluoridation procedure.  Levels in fluoridated public drinking water should be in the range of 0.7-1.0g/m3.  Results are reported in g/m3, using APHA Method 4500-F- C. 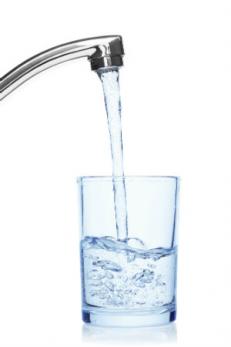 Chlorine is used to provide disinfection of the pool water, FAC levels should be maintained at 1.0-3.ppm or parts per million (also reported as g/m3 or grams per cubic metre). Too little chlorine leads to bacterial growth and waterborne illness. Too much affects eyes, nose and skin and is unhealthy long-term. Chlorine that has been ‘used up’ disinfecting pools will form Combined Chlorine.

Chlorine can be present in water as free available and as combined chlorine (where free chlorine reacts with ammonia to form chloramines).  Both forms can exist in the same water.  FAC can be determined alone or both can be determined together as total chlorine. Testing for Total Chlorine will give the level of FAC and Combined Chlorine together, and subtracting the FAC from this gives the Combined Chlorine reading. Results are reported in g/m3.  Samples requiring chlorine testing must be in a container filled to the top and brought in to the laboratory as soon as possible to minimise chlorine loss. 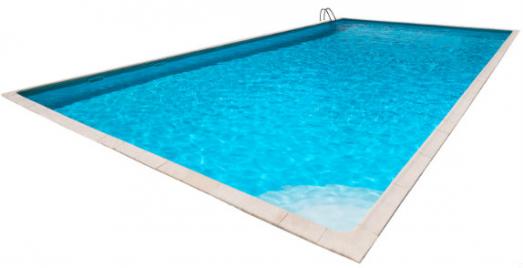 Measurement of the pH determination is one of the most important and frequently used tests in water chemistry.  Practically every phase of water supply and wastewater treatment are pH dependent.  At a given temperature the intensity of the acidic or basic character of a solution is indicated by hydrogen ion activity and referred to as pH. On a scale of 1 – 14, pH 1 is considered strongly acidic and pH14 highly alkaline (or ‘base’).  pH 7 is described as neutral.

Total Coliform counts give an indication of the contamination potential of water.

Total dissolved solids (TDS) are the total amount of mobile charged ions, including minerals, salts or metals dissolved in a given volume of water.  TDS is directly related to the purity of water and the quality of water purification systems.  The Ministry of Health Drinking Water Standards for New Zealand 2005 (Revised 2008) set a guideline maximum of 1000 g/m3, but taste may become unacceptable at over 600 g/m3.  Results are reported in g/m3.

Turbidity is a test of the intensity of scattered light in a sample and indicates the clarity of the water. If the sample contains debris and rapidly settling coarse sediment, the suspended solids test may be more appropriate. Results are reported in NTU (Nephelometric Turbidity Unit), using APHA method 3130 B and EPA 180.1.

Other types of Water Testing Include: